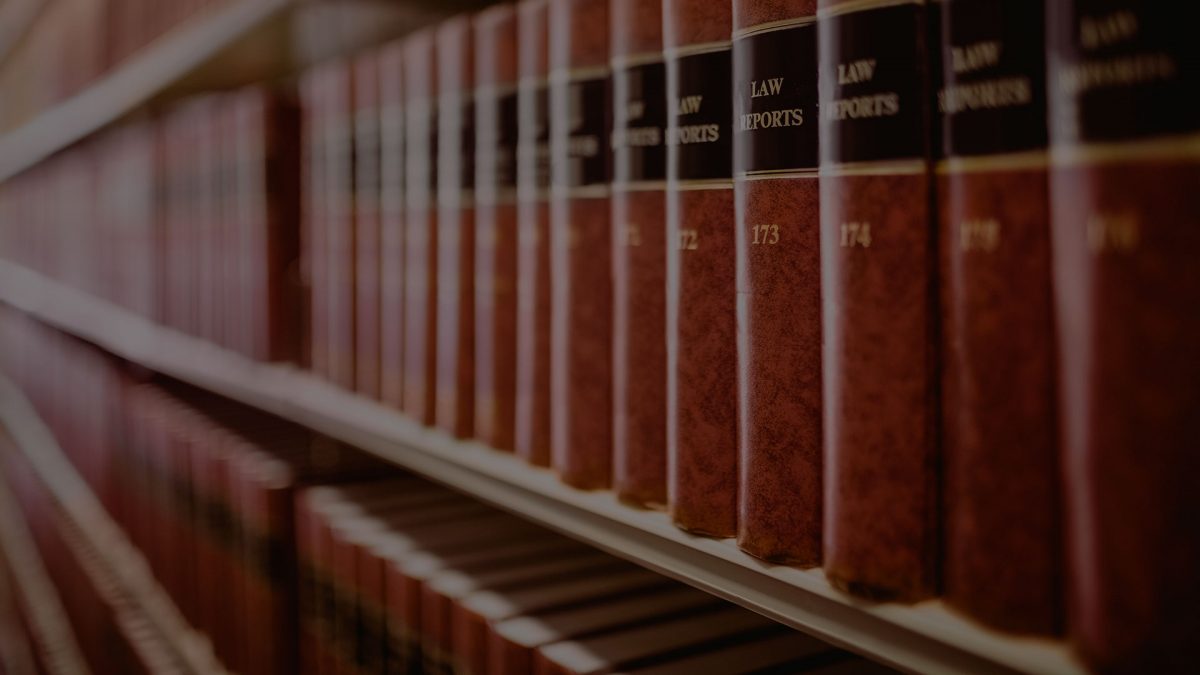 Trial Court’s Dismissal with Prejudice Overturned On Appeal. The Trust Act Required Written Notice to Third Trustee In Order For Two of The Trustees to Act; Quiet Title Was Proper Cause of Action; 40-Year Statute of Limitations Found in 735 ILCS 5/13-118 Was Applicable; Existence of Genuine Issues of Material Fact Made Dismissal Improper.

Our firm’s team member, Timothy E. Hoerman, had a recent victory in an appeal he argued before the Second District Appellate Court of Illinois, Ashby v. Pinnow, 2020 IL App 2d 190765 (June 24, 2020), which clarified what constitutes a quiet title action and the statute of limitations applicable to quiet title actions. The Appellate Court also held that, under the Illinois Trust Act, where there are 3 or more trustees of a trust, a majority of the trustees are competent to act only after providing written notice to or obtaining written waiver of notice from each remaining trustee.

The facts surrounding the case give a whole new meaning to the term “sibling rivalry” – inheritance.

Plaintiff, David W. Ashby (who goes by the name Wayne) and his siblings, Defendants Bonnie Pinnow and Mark Ashby, were co-trustees and co-beneficiaries of a trust established by their parents, of which the primary asset was a five-acre parcel of land in Plainfield, Kendall County, Illinois. The land was improved with a single-family home and some outbuildings. The trust provided that, upon the death of the last of the parents, the trust assets were to be distributed to the three beneficiaries in “equal shares.”

In 2010, without providing notice to Wayne, Bonnie and Mark executed two trustee’s deeds conveying one third of the land to Wayne and two thirds to themselves. The portion deeded to Wayne was vacant land and the portion deeded to Mark and Bonnie was improved with the single-family home and the outbuildings. According to county tax records, the land conveyed to Wayne had an assessed value of $20,000, whereas the land conveyed to Bonnie and Mark had an assessed value of over $63,000. In other words, each third that Bonnie and Mark received had a value 153% greater than the third received by Wayne. The third received by Wayne was given its own tax identification number. At the time of the 2010 conveyances, Wayne was homeless.

In June 2018, Wayne discovered the 2010 conveyances. He then sued Bonnie and Mark in Kendall County, Illinois seeking to quiet title to the real estate and for equitable distribution of the real estate pursuant to the trust. He also alleged that Bonnie and Mark breached their fiduciary duties as trustees. The quiet title action essentially asked the trial court to invalidate the 2010 deeds and to return the entire five-acre parcel to the trust so that an equitable partition could be made.

Bonnie and Mark moved to dismiss, without supporting affidavits or other admissible evidence, Wayne’s action pursuant to 735 ILCS 5/2-619 of the Illinois Code of Civil procedure, arguing that (1) the trust and the Illinois Trust Act gave two of the three trustees the right to convey trust property without having to provide notice to the third trustee and (2) they had a right to convey the real estate to themselves as beneficiaries under the trust without notifying Wayne. Bonnie and Mark also asserted in their motion that the breach fiduciary duty action was time-barred.

At issue on appeal was whether the trial court committed reversible error in dismissing the case with prejudice.

The Appellate Court also found that the trial court committed error in dismissing Count II for equitable distribution following quieting of title, noting that this claim was derivative of the claim for quiet title, and accordingly raised similar genuine issues of material fact. The Appellate Court also remanded Count II for additional proceedings.

The Appellate Court upheld the trial court’s dismissal of Count III, finding that the five-year statute of limitations barred the cause of action for breach of fiduciary duty and, because the 2010 deeds had been recorded, fraudulent concealment could not be used to toll the limitations period.

Congratulations to Tim on this important victory! 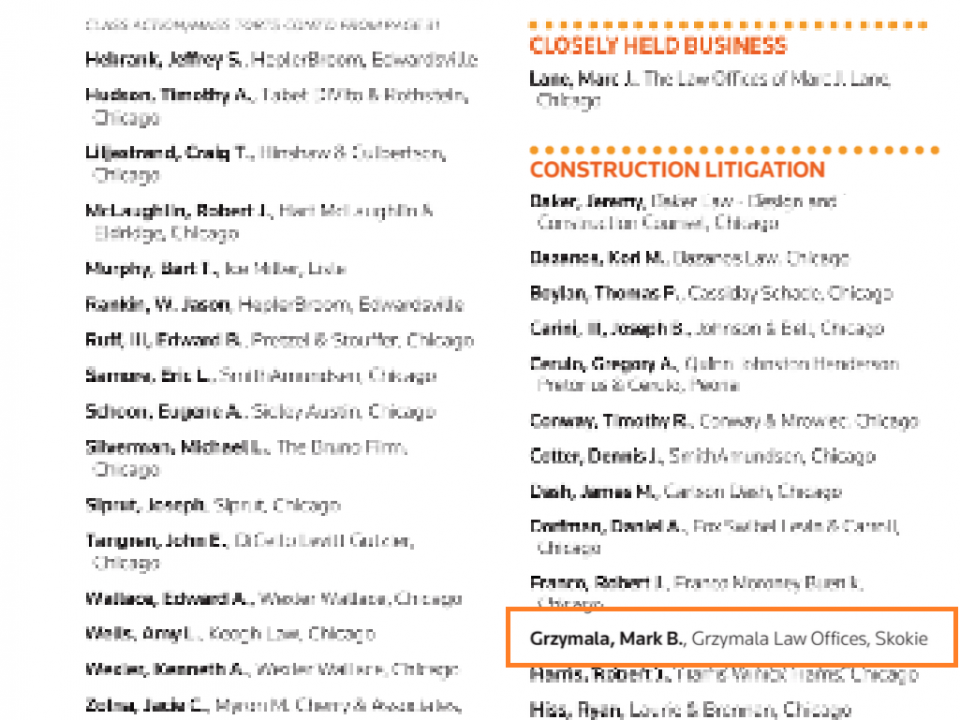 Mark B. Grzymala named to the 2020 Illinois Super Lawyers list 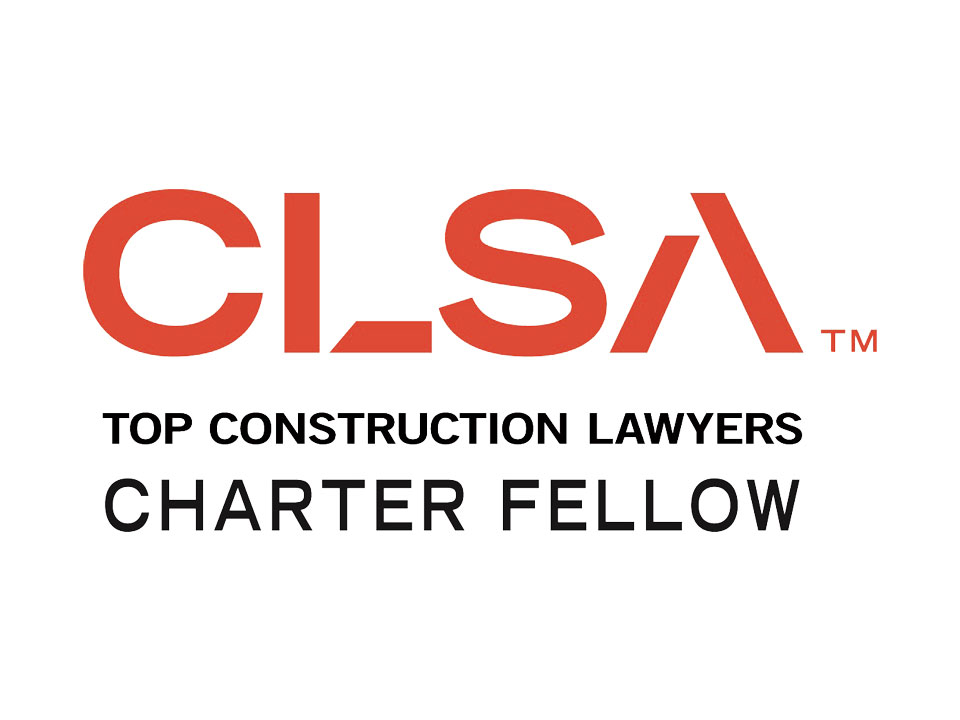