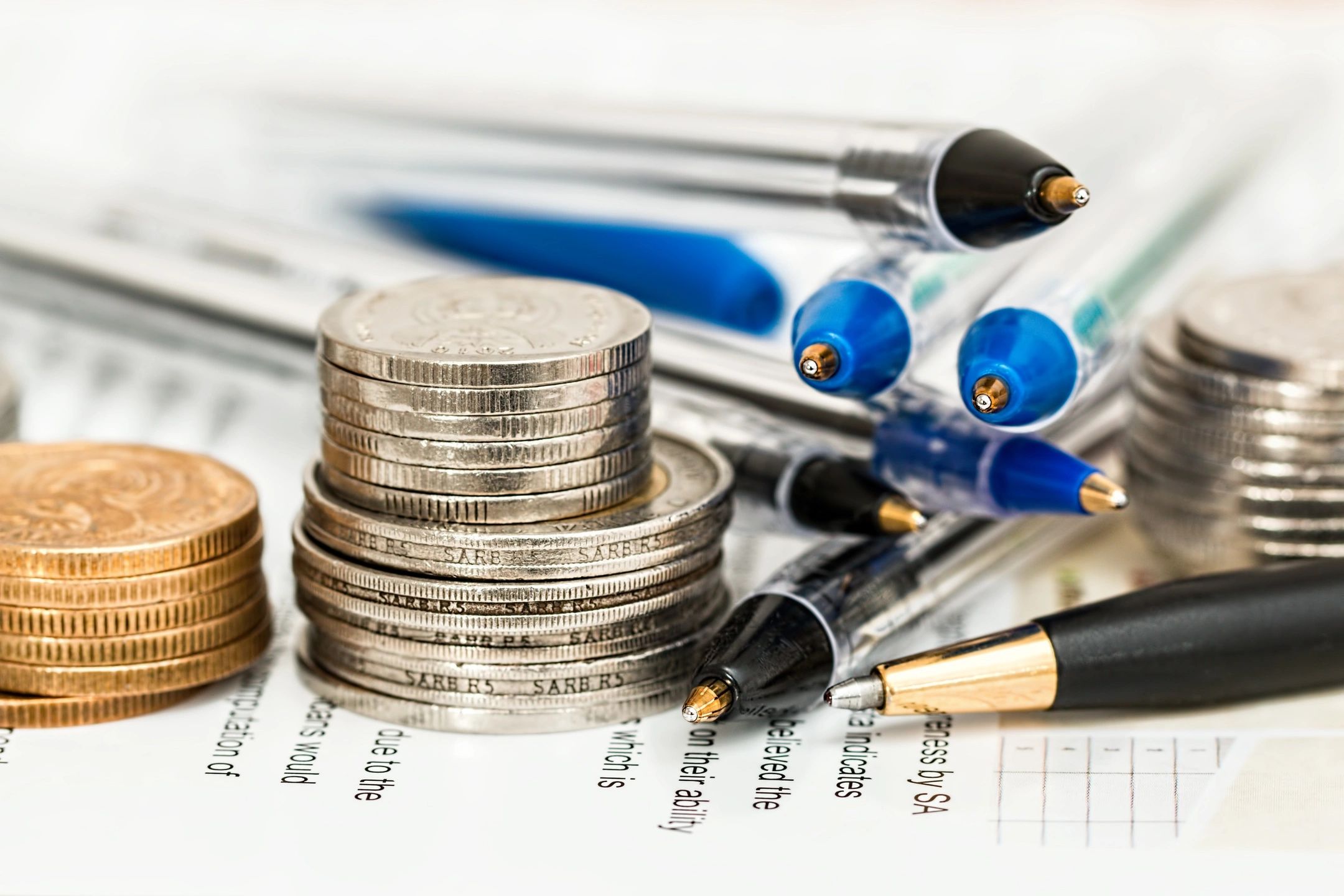 In most instances where a subcontractor is hired to work on a construction project, a contract is formed between the parties. The requirements for a contract are simple: there only needs to be an offer, consideration, and acceptance. Contracts can be written or oral. However, difficulties arise when one of the parties breaches that contract or agreement and the other party needs to take steps to enforce the agreement. Often, the terms in a written contract are not clear or are simply non-existent when the contract is oral.

1. Always have a written agreement.

Although oral agreements are enforceable, it is always better business practice to have a written agreement, even if working on a small project. A written agreement helps to clearly define the scope of work and the terms and conditions of the arrangement between the parties. The contract will lay out the parties’ respective obligations – what work the subcontractor is to perform and how much the general contractor will pay for it. Sometimes the subcontract will refer to plans and specification prepared by the owner or his or her architect. It is much easier to enforce a written contract when a dispute arises because the terms are in writing.

Furthermore, if the contract is in writing and signed by the parties, then so should any subsequent modifications to the contract or scope of work through a request for extras or change orders.

Subcontractors should also be aware that the Illinois Home Repair and Remodeling Act contains additional requirements for contracts for work on residential projects over $500.00.  Those specific issues are addressed in a separate article here: https://grzymalalaw.com/illinois-home-repair-and-remodeling-act-czego-wymaga-sie-od-osob-wykonujacych-prace-remontowo-budowlane-w-domach-jednorodzinnych/

2. Set forth a definite payment schedule and payment terms.

As stated above, the scope of work and the cost for said work and materials should be clearly defined in the agreement.  In addition, subcontractors should include a payment schedule that clearly states when they are to be paid. One example is to require a certain percentage of the contract amount as a deposit and the rest to be paid after certain milestones are met. Another example is to require payment within a certain time after a subcontractor issues its invoices.   Whatever schedule the parties agree to, a payment schedule can be crucial when a non-payment issue arises.  If a contractor is late on payment, the subcontractor needs to make a demand for payment. If that fails, then the subcontractor needs to consider filing a mechanics lien claim against the project and a possible lawsuit.

Additionally, the subcontractor’s contract should include default provisions that state what happens when the contractor breaches the contract.  Common terms include interest on late payments, as well as payment of the costs of collection, including attorney’s fees and court costs, incurred in enforcing the agreement.

3. Do not agree to any pay-when-paid or pay-if-paid clauses.

Imagine working on a project, your work is almost finished and even admired by the contractor or the owner, but the contractor does not pay you because it has not been paid by the owner.  This happens often in the industry where there is a pay-when-paid or pay-if-paid provision in the agreement.

“Any provision in a contract, agreement, or understanding, when payment from a contractor to a subcontractor or supplier is conditioned upon receipt of the payment from any other party including a private or public owner, shall not be a defense by the party responsible for payment to a claim against the party”

As discussed below, it is important for subcontractors to be mindful of deadlines to perfect lien claims under the Illinois Mechanics Lien Act so they are adequately protected from non-payment.

4. Do not agree to assume the conditions of the project.

When defining the scope of work in a contract, it is important to be clear what the subcontractor’s obligations are.  Often when the work is started, other issues arise that need to be addressed before continuing the work which may not be within the original scope which gives rise to change orders.  Moreover, if the plans change, a subcontractor is entitled to extra compensation to the extent necessary to comply with the changes in the design. Generally, under Illinois law, if there is an error in the plans, the subcontractor is not responsible as long as the plans are followed.

However, some contracts require the subcontractor to acknowledge that they have completely inspected and reviewed the job or project, have made appropriate investigations, and have independently determined the accuracy of the facts upon which they are relying to enter the contract.

5. Be conscious of lien deadlines.

Subcontractors have a very powerful remedy provided by the Illinois Mechanics Lien Act. For privately owned projects, if a contractor fails to timely pay the subcontractor, the subcontractor can assert a mechanics lien against the property which acts as a cloud on title.  This can prevent the owner from selling or refinancing the property.  In order to perfect a mechanics lien claim, a subcontractor must serve notice of its lien claim within 90 days of its last date of work and record it with the office of the county recorder within 4 months of the last date of work or furnishing of materials. A mechanics lien is only enforceable for two years after the last date of work and a lawsuit to foreclose on the lien must be filed within that time.  A lien will provide excellent security to the subcontractor in the event the general contractor is insolvent and will provide leverage against a non-paying owner.   Subcontractors also have lien rights under the act with respect to publicly owned projects such as a park or public school.  The subcontractor can assert a lien against the funds due the general contractor from the government by sending a notice and then filing a lawsuit within 90 days of serving the notice to enforce the lien claim.  There is no deadline to assert such a lien, but it is only good as long as funds still remain in the possession of the governmental body or agency.

In addition to a lien against the real estate, a supplier of equipment (such as commercial kitchen products) may also be entitled to a lien against those goods.  It is best to include language in your agreement providing for a security interest under Article 9 of the Illinois Commercial Code until the goods are paid for in full.  If the contractor or owner defaults, then the supplier can proceed to enforce that interest by filing a UCC-1 statement and then a lawsuit for replevin for return of the goods.

Construction contracts sometimes contain provisions requiring the principal or owner of the corporate subcontractor to personally guaranty all of the subcontractor’s obligations under the subcontract.  The individual signing the guaranty will then be liable even if his or her company becomes insolvent or goes out of business and places his or her personal assets at serious risks.  Sometimes the unpredictable happens, the subcontractor might make a mistake and be in breach of the subcontract.  There is no reason for the owner him or herself to assume personal liability.  After all, that is why most people choose the corporate or limited liability company forms of ownership – to limit their liability.  Owners should think twice before personally guaranteeing any corporate obligations.

8. Be careful when submitting lien waivers.

The final issue that may affect a subcontractor’s payment is lien waivers.  Often times, as payments are made, the owner or general contractor will require a partial lien waiver from the subcontractor in exchange for payment. A subcontractor has to be very cautious submitting a lien waiver and be sure that it is not over-waiving its lien rights, but only waiving lien rights for the work actually performed and amount paid.  Most general contractors will request a partial waiver of lien to date.  The problem with this is that if a general contractor, for instance, requests a waiver of lien to a certain date in exchange for payment of $20,000.00 but the subcontractor has actually performed $30,000.00 worth of work during that time, it is potentially and unnecessarily losing its lien rights as to that $10,000.00.  The best solution is to submit a partial waiver to the extent of payment so the amount being waived matches the amount being paid.

In conclusion, there are many pitfalls a subcontractor must be aware of when negotiating the terms of construction contract.  A subcontractor can never fully protect itself from a nonpaying customer, but there are many steps it can take to reduce the financial risk and focus on doing what they do best.